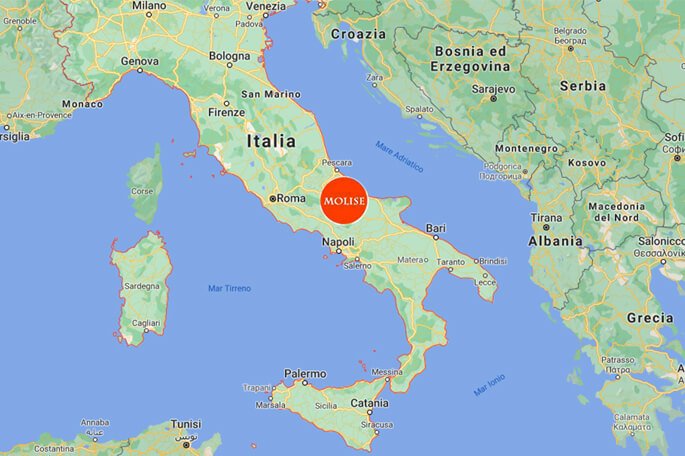 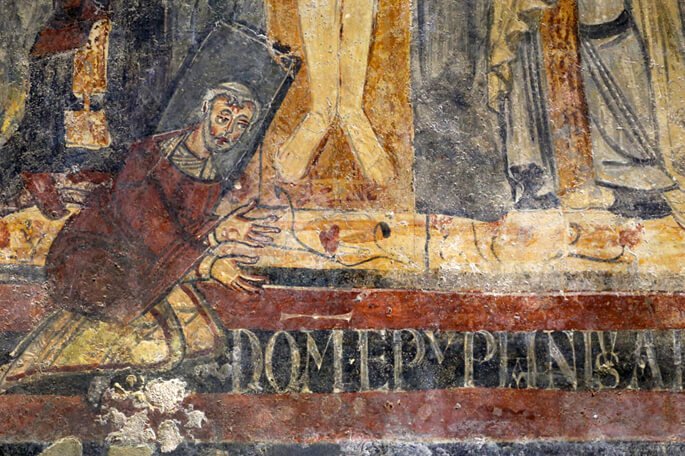 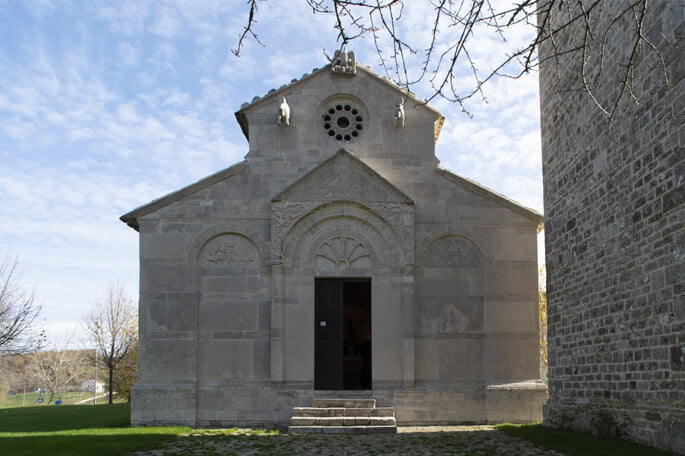 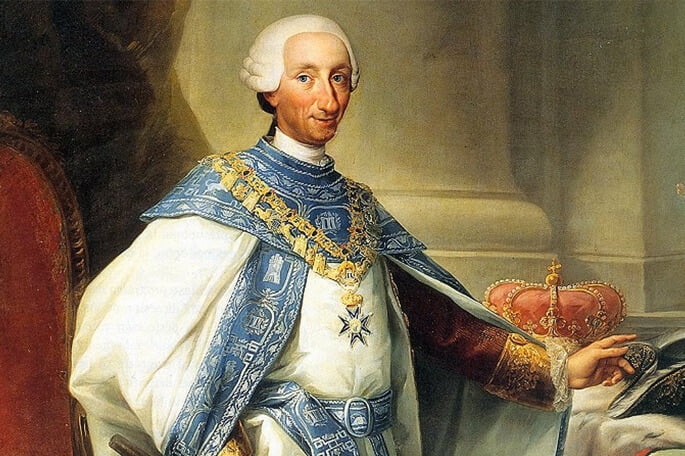 Molise is a central region with respect to the Mediterranean basin. It is located on the Apennine ridge and is characterized by a territory that rises up to 2000 meters from the Adriatic Sea.

In this area, consistent traces of historical facts survive that allow us to know the history of all humanity. The evident elements of this stratification today constitute not only a historical resource but also the prerequisite for an economic development that is based on the protection of its natural landscape and the enhancement of the architecture, works of art and cultural heritage that define its character. particular.

The accidental discovery a few decades ago of prehistoric elements belonging to a period of about one million years ago, brought Isernia to the attention of the scientific world because in its surroundings remains of the oldest human encampment in Europe were found. The paleontological museum of Isernia therefore represents one of the points of attention of the city for the interest that the scientific world has reserved for this discovery.
The possibility of using a museum of great architectural value and well equipped for educational visits is the first of the region’s points of excellence.

In relatively recent times, starting from the sixth century BC, the territory was affected by a migration of Greek origin which created the conditions for the development of a civilization that has made transhumant farming one of the characteristic points of its history. In the Samnite era, the need to move millions of cattle from the summer pastures of the mountain to the winter pastures of the plain led to the birth of imposing routes for the movement of flocks: the sheep tracks.

At the same time, the territory was dotted with dozens of city walls made with Cyclopean stone blocks that are still a peculiar feature of the mountain landscape today. As part of this organization, the sacred center of Pietrabbondante was born, of which the architectural consistencies of a temple of grandiose dimensions and a Hellenistic theater that is unique in the world for having stone seats with an ergonomic profile remain. A theater that was the architectural example for similar buildings that were built in Rome only 150 years later. Extraordinary is its dominant relationship over the Trigno valley due to the fact that it is located at 1000 meters above sea level.

The Samnites and their territory were conquered by the Romans in 290 BC and the whole region underwent economic transformations with the foundation of a series of new cities whose urban and architectural consistencies provide an extraordinary sequence of archaeological realities of great charm.

In particular, the ancient city of Saepinum, totally abandoned since the fall of the Roman Empire, has come back to light with its 32 towers, the forum, its houses, its perfectly preserved theater which, all together, are presented as one of the most evocative places in Italy.

Inside it it is possible to walk for hours, feeling the sensation of a return to ancient times with a leap in time of over 2000 years. With the fall of the Roman Empire, the regional territory was abandoned for a certain period until it was reorganized by the Lombards, a people who came from central Europe in search of the lands of the sun. 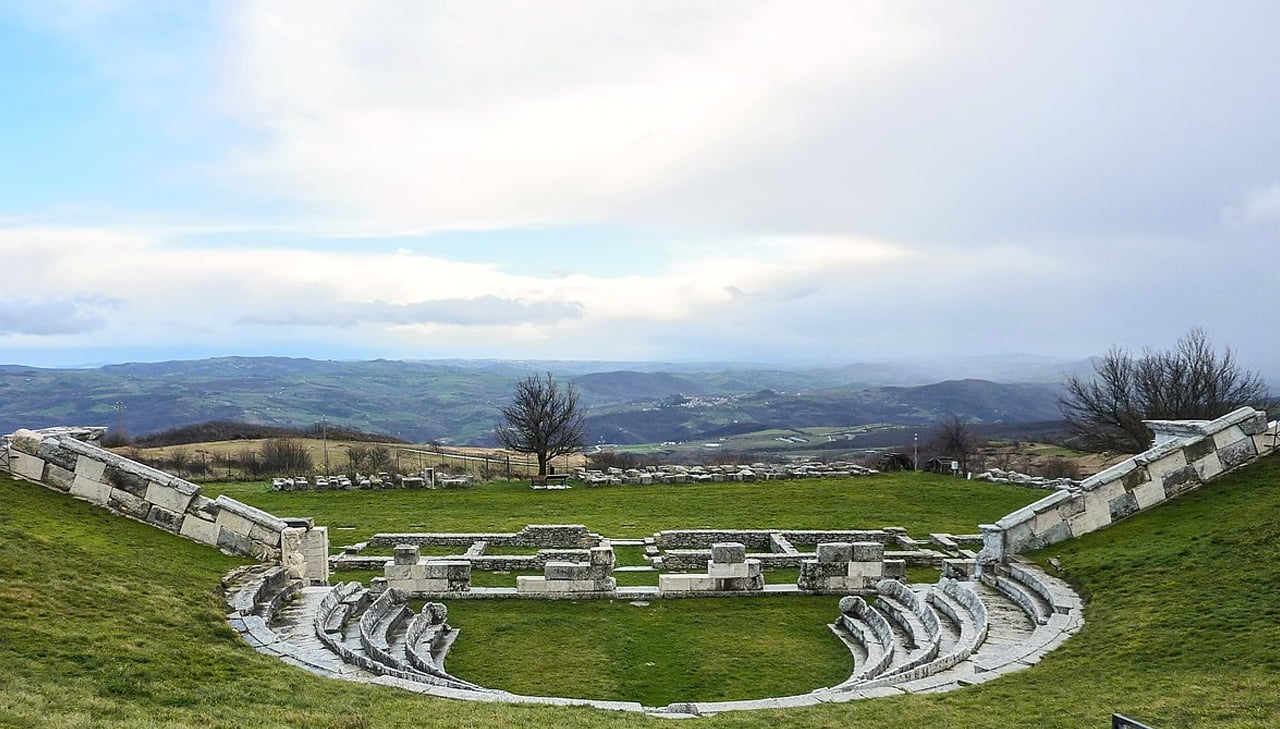 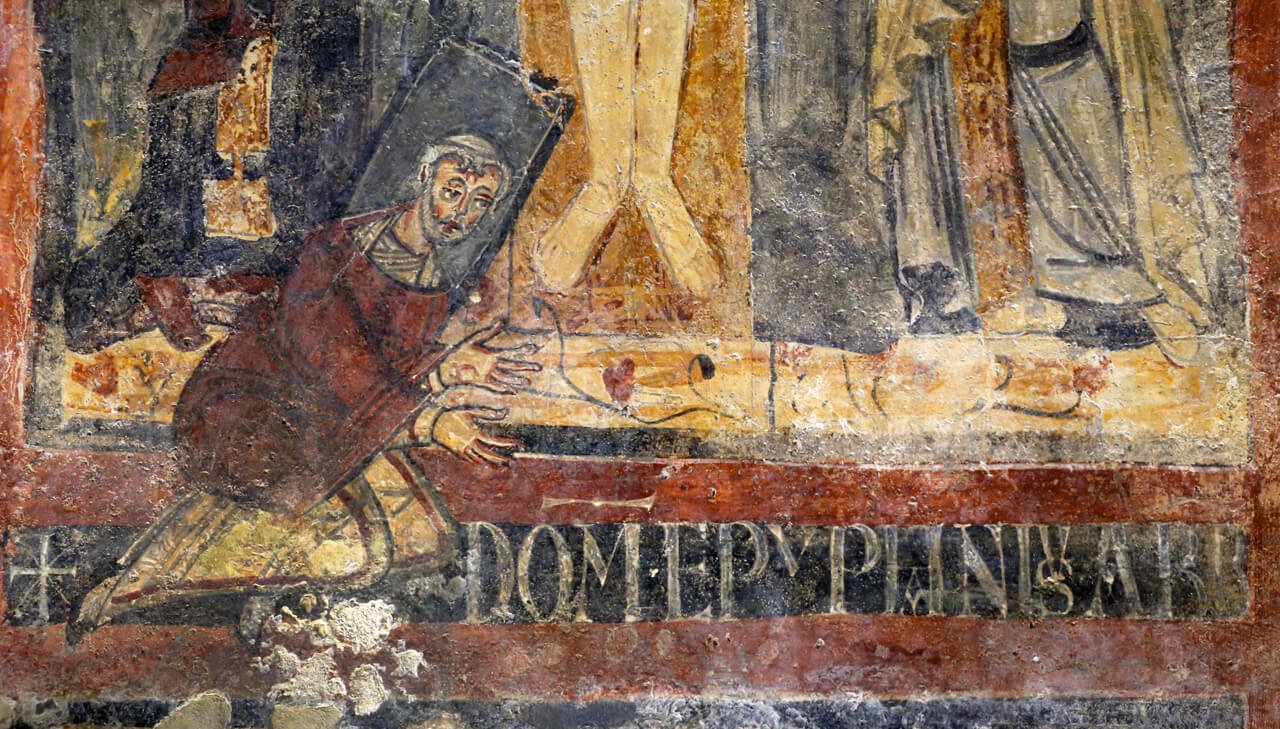 It was they, thanks to the contemporary development of the Benedictine civilization, who restored not only the lowland areas to cultivation but also and above all those of the mountain hinterland. With the Lombards important Benedictine monasteries developed and among them the most famous was that of S. Vincenzo at the source of the Volturno.

In this place a religious civilization developed that influenced all of Europe, especially due to the great theological intuition of Ambrogio Autperto who, first in Christianity, at the time of Charlemagne, in the eighth century claimed that Mary, the mother of Christ, had been taken up with her whole body into the glory of God.
As a consequence of this revolutionary theological conception, works of architecture and art were created in San Vincenzo which today are considered among the most important religious expressions of the Mediterranean basin. First of all, the crypt of Abbot Epifanio which preserves a cycle of apocalyptic-inspired frescoes from the 9th century. Among them, for the first time in the world, the Madonna assumed into heaven is represented.

Shortly before the year 1000, the whole region was fortified with castles and towers around which dozens of inhabited centers were formed that are still the characteristic of its landscape today. One church in particular, Santa Maria della Strada, will become the most important basilica of Longobardia Minore with its bas-reliefs inspired by biblical stories and the apocalypse of St. John.

A perfectly preserved basilica like the one that survives a few kilometers from S. Giorgio di Petrella Tifernina, which many consider to be one of the most beautiful Norman churches in Italy. A few men from the North arrived in this region, the Normans, who radically changed the administrative structure and gave the conquered territory the name Molise.

With the arrival of the Angevin domination of the thirteenth century, all the towns of Molise are enriched with walls with circular towers and mighty castles that transform the territory into an organic system of military defenses. Castles and towers that characterize the landscape for their dominance over the towns and valleys. Among them the Pignatelli castle of Monteroduni whose structure represents a very remarkable architectural reality within which large rooms, a historical archive, a museum of popular traditions represent the reason for the knowledge of a historical moment of great importance for the kingdom of Naples .

With the subsequent Aragonese and Spanish domination, the castles assumed the form and function of large baronial palaces and the internal decorations were original and important expressions in the Neapolitan Renaissance. 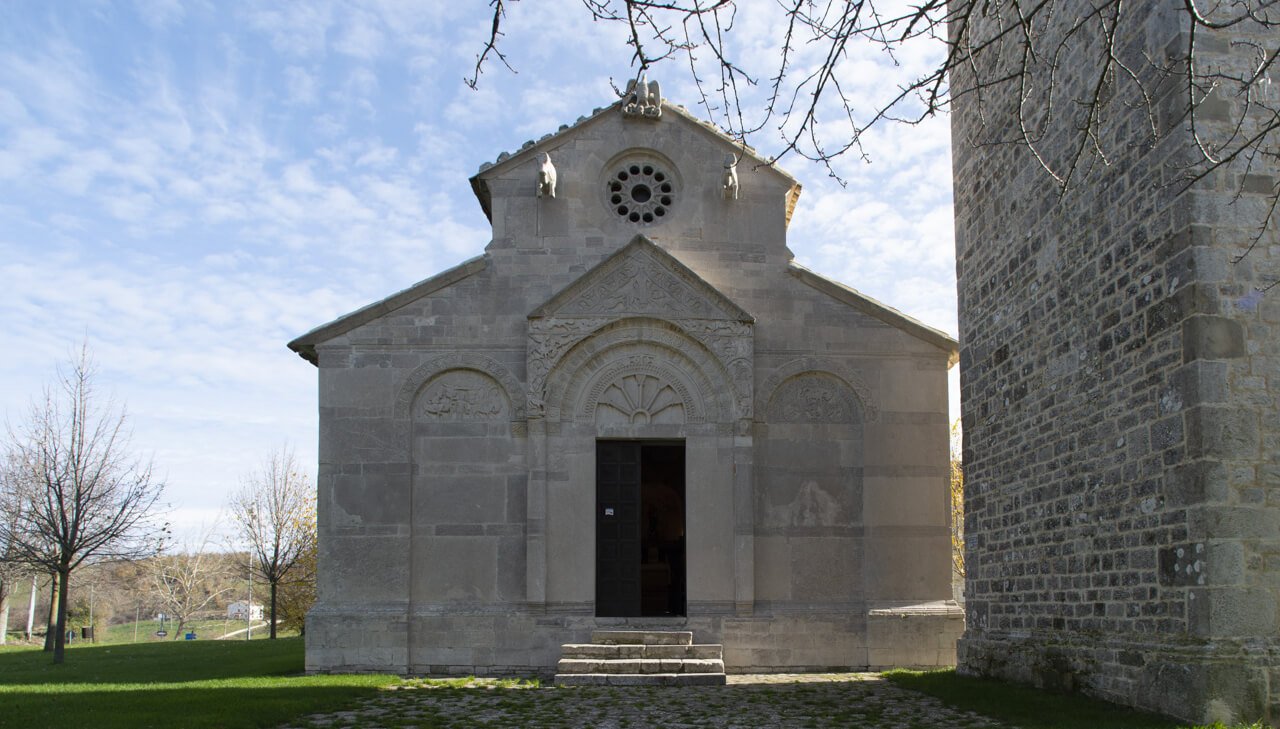 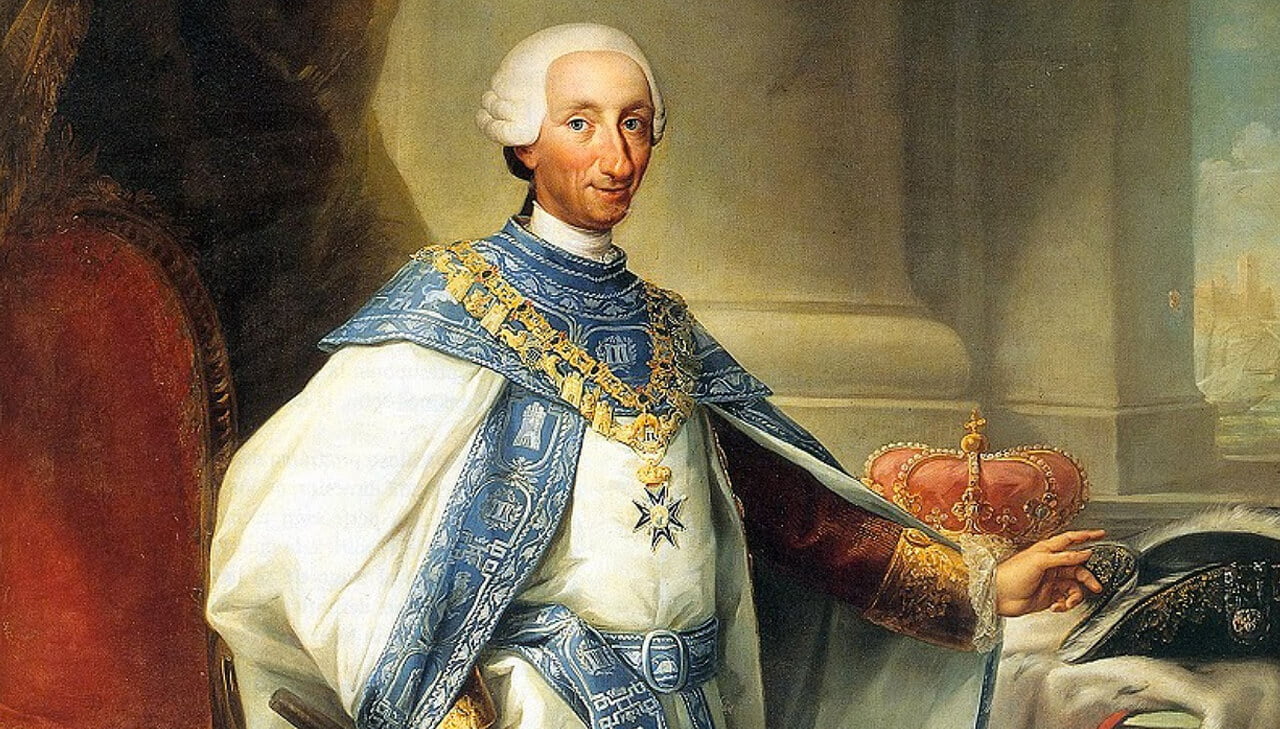 In the castle of Venafro, Enrico Pandone had 30 life-size horses represented, which are considered the most original equestrian collection known in Europe. In the same period in Gambatesa the powerful Vincenzo di Capua had a cycle of frescoes of mythological inspiration created, certainly the most important of those painted in the mid-16th century in the kingdom of Naples. A sequence of frescoed walls with mythological scenes, with the stories of Jupiter, Hermes, Minerva, Apollo, Hercules with the integration of the captain’s virtues created by the hand of Donato Decubertino, a pupil and collaborator of Giorgio Vasari.

With the arrival of the Bourbons and the enlightened presence of Charles of Bourbon and his wife Amalia of Saxony, Molise is enriched with Baroque buildings which, on a stylistic level, are a direct consequence of the art and architecture that developed in Naples and Caserta and which spread in the countryside with the construction of extraordinary religious monuments of which the Church of the Annunziata di Venafro is certainly the most notable example for the richness of the stuccos, the value of its marble altars and the grandiose cycle of frescoes created from the hand of Paulo Sperduti, one of the decorators of the Royal Palace of Caserta. 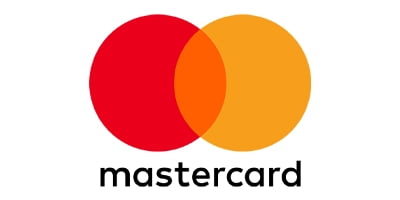 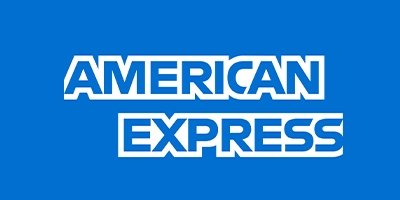 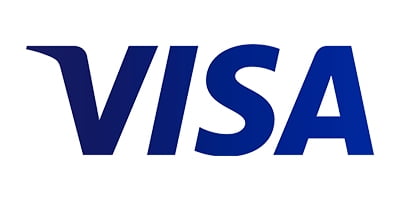 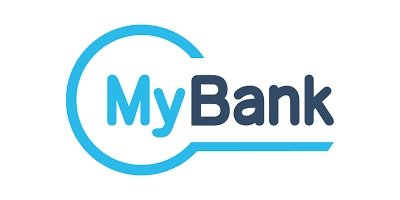